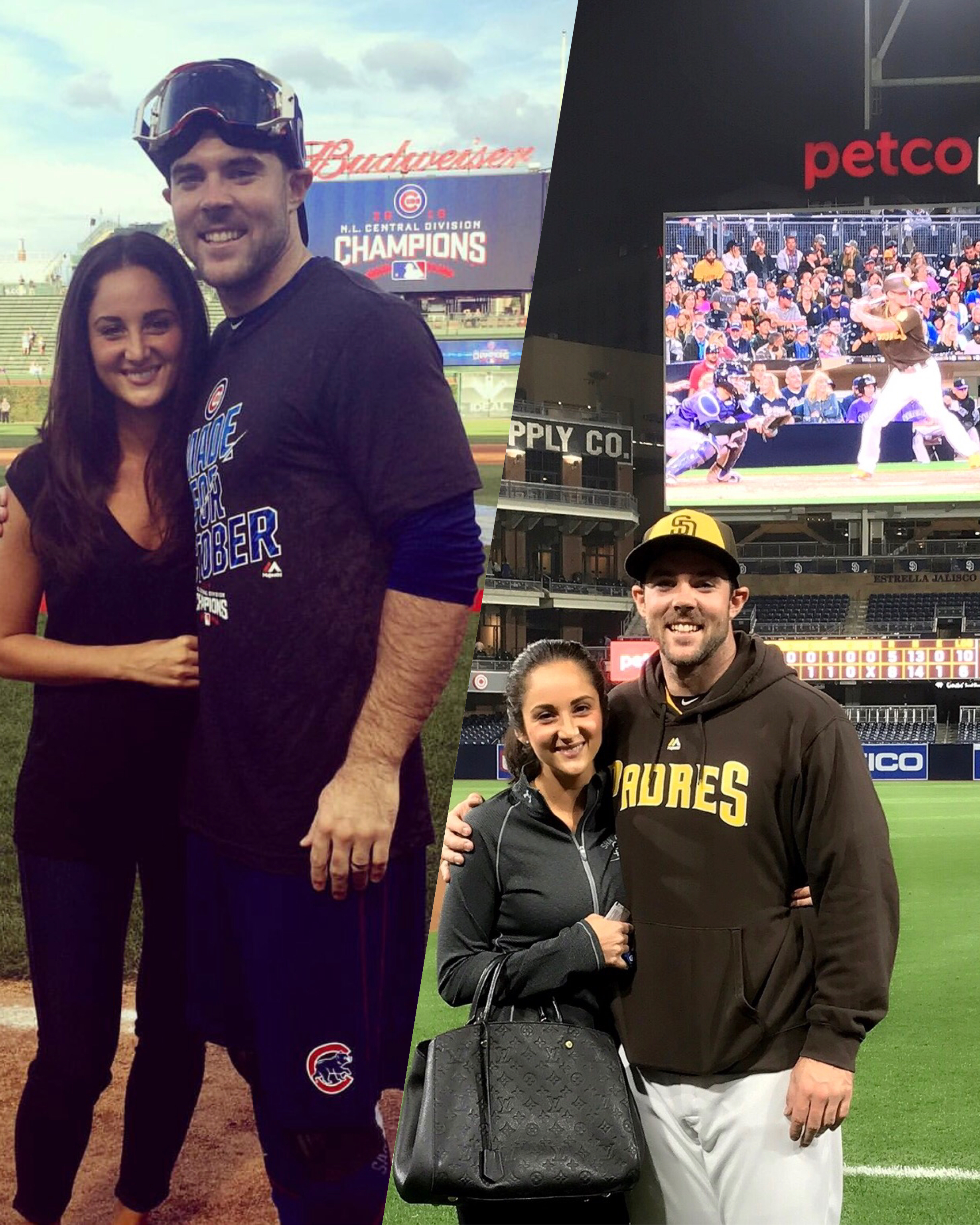 I heard stories after the Cubs won the World Series. Stories before we even left Chicago for the off-season. Magical stories of families, friends, complete strangers coming together to celebrate the biggest game in Cubs history since 1908.

One story really hit home for me. Reporters interviewed a man, perhaps in his early 40’s, who brought his smartphone to a cemetery to watch game seven. Now, when I first heard the story, I couldn’t imagine why anyone would want to be alone at night in a cemetery watching one of the biggest sporting events of all time. It seemed a bit odd.

The man explained that he grew up watching Cubs games with his father. It was part of their bonding moments as father and son. They went to games together, they cheered together, ate ballpark hot dogs together and took in the Wrigley Field experience together. It didn’t matter if the Cubs won or lost, the man and his father were lifelong fans. They made one another a promise to watch the Cubs win the World Series together.

Sadly, the man’s father passed away. So the man took his phone to his father’s grave and streamed the final game of the World Series, watching as Kris Bryant threw the final out to Anthony Rizzo to end the game and become the reigning champions. The Cubs finally won another World Series, and a father and son experienced it together.

Don’t forget the heartbeat is a Chicago Cubs team slogan. The slogan sums up what it means to not only be a Cub, like my husband was, or to be a direct family member of a Cub, as I was, but to also be a worker, a Chicagoan, or a fan. The thing about the Cubs Organization is that it draws you in, welcomes you, makes you feel accepted, makes you feel like a part of something bigger than yourself, and most importantly, it makes you family. Like the man and his deceased father, like Matt and I, like every single Cubs fan out there, we were all united by the Chicago Cubs family. Together, we made up the heartbeat.

My husband had the privilege of being drafted by the Cubs. He grew up in their farm system and debuted for them in the majors in 2014. With them, he recorded his first career multi-hit game, he hit his first career grand slam, he won a World Series, he connected with the loving, caring, enthusiastic fans and he made friends and family along the way who he will keep in his life forever.

I also grew up with Matt in the Cubs Organization. I supported him throughout every minor league level, visiting every city, catching every connecting flight known to man. I watched the friends I quickly made over the years scatter and disperse to other teams at other levels. Even in the minors, the Cubs always treated us like family. But when we finally stepped foot in Chicago, a new world opened up before us. It was like we finally arrived, we were finally home.

While Matt continued playing for the major league team since 2014, I also set my own records. My ability to travel with less baggage sharpened. My packing skills became more efficient. I found new apartments in foreign cities within 24 hours and transformed them from empty spaces with rented furniture into warm homes for my husband to return to after a long night playing baseball.

Wrigley Field was my first ballpark to navigate. I discovered what a player lot was. I also discovered what a family room at the ballpark was and quickly learned every park had one. I learned from classy, experienced, veteran wives what being a baseball wife entailed. I adapted to the lifestyle. I made new friends with the Cubs wives, who liked to do things together and bond over similar experiences and who ultimately ended up becoming my family on the road.

Well, my family came out to visit us this past week, as the Cubs visited the Padres in a 3-game series. A few of the girls came to our new apartment in San Diego to catch up with me, to see how Matt and I were making out in our new city and with our new team and to hang out and watch the game over takeout food and iced tea. It was nice to see them. They made me feel more at ease during a period of transition and reminded me that no matter which team Matt played for that we would always be connected in this crazy baseball journey.

And I remembered how true that was as they quickly rattled off names of Padres wives whom they knew from when their husbands played with different teams, and also the two fellow Padres wives whose husbands were with the Cubs last year, who greeted me with open arms and welcoming hugs upon my arrival in San Diego. The real reality is, major league baseball is a game of chess. Eventually, we all run into each other again, our worlds colliding with a trade deadline or a new contract season.

Transitioning is always hard, but it is a way of life, not only in the realm of baseball, but also in life in general. Matt was fortunate to long be a part of an organization for seven years, which, from what I am recently discovering, is not the normal. We have to expect drastic changes to our lives at any given moment. And although scary, change brings forth a positive new journey and perhaps a happier, new beginning for his major league career.

To the Chicago Cubs fans, we also thank you. Thank you for loving our family. Thank you for your support and cheering throughout the years. Thank you for continuing to follow our journey, for the well-wishes and blessings. Matt and I truly, from the bottom of our hearts, appreciate it. You will always be our family.

And with the turning of a page, Matt and I would also like to thank the San Diego Padres for this opportunity. We are excited and blessed to be a part of a new organization and to make a new home and family here on the west coast. And Padres family, we look forward to meeting you, getting to know you and diving right in! With that being said, we are open to any suggestions for activities, restaurants, local hotspots, you name it! Go Pads!

9 thoughts on “A Farewell to Chicago, Hello San Diego”