The rain kept up most of the night. I sat by the window in my hotel room on the 14th floor looking out at the mountains and the bolts of lightning erupting in the distance against the black night sky, slowly fading away further and further until they disappeared behind the shelter of the boulders. As the lightning grew fainter, the rain continued to fall upon the city of Denver. The Cubs baseball game was delayed two and a half hours already, and we all knew the two teams would wait out the brisk weather to squeeze the game in if they could. It would be a long night for our guys, and us, at the ballpark, but most of us girls forewent sitting in the downpour. Instead we set out to ease the delay.

When the rain finally slowed to a drizzle, the streets of downtown Denver glimmered in the moonlight, the silhouettes of hanging streetlights transformed in the puddles as I playfully stepped in them. We didn’t care where we went—the girls and I. We just wanted to get out of our rooms and out of the hotel. We settled on a bar called the Polished Tavern.

The inside of the tavern was dark and damp, the only glow shining from the overhead hanging lights above the bar area. The smell of stale beer lingered in the air as we passed through the dance floor filled with drunk couples falling all over each other. The three of us took our seats in a line at the bar and perused the drink menu. The bartender spotted us and asked what we wanted to drink, explaining they were famous for their many flavors of vodka. We ordered two of the most popular flavors in shot form, and he asked to see our I.D.s.

So what do a woman from Texas, a woman from Illinois, and a woman from New Jersey have in common, the bartender was probably wondering. But he went about his business and poured us our shots, sliding over an empty glass filled with sliced pickles.

“What are we supposed to do with these?” one of us asked.

“Take a bite of the pickle, swallow the shot, then take another bite,” the bartender said.

We took bites of our pickles, as instructed, and threw the shot back. Salt and mustard swirled around in my mouth as my throat quickly rejected the liquor. I closed my mouth to stop the vodka from coming back up and opened my eyes to find the two of them making the same distasteful face. We quickly took the second shot, a strawberry vodka I quickly discovered, before reaching for our waters.

“Horseradish,” the bartender said with a smirk.

He poured us more water and walked back behind the bar, and I couldn’t help but wonder if he really did think about what the three of us were all doing together, because up until that moment, I never put much thought into it myself. As we ordered a round of drinks and hung out, I mulled over the situation in my head. And then it hit me.

There is a general misinterpretation of wives and girlfriends of professional athletes, or WAGS for short. Yes, being a family in the major leagues does have its perks and blessings. Occasionally it can be glamorous. You get to go to a party or two, a few fundraisers, you dress up and have a night out on the town. The benefits are bountiful.

But most of the time, being a wife of a baseball player is not always easy. It’s a lot of uncertainty and a lot of change. There is never stability or concrete roots forming wherever your husband plays, because with the dawning of another day, he can be off to another city, with his wife left behind to pick up the pieces and forward them to the next address, when you have one.

Being a baseball wife means supporting your husband. It means sacrificing your own dreams sometimes in order to put his first. It means spending a lot of time alone, in foreign cities, in hotel rooms, away from family and friends for months. It means relying on your fellow baseball wives for support. It means having too much free time to think about things in life you’d want to change. It means late nights, even later mornings, and one or two days a month left to spend time with your husband.

The women who make up our Cubs family are not this misinterpretation. The women I know are hard workers. They are full-time mothers and philanthropists. They are kind and giving, vulnerable and sometimes lonely. They are real women who face real-life problems, like disabilities and sickness and death. They have insecurities. They second-guess themselves. They are beautiful on the outside, but even prettier on the inside. They are smart. They are educated.

Just not over horseradish shots.

The Beauty of the Journey

September 21, 2016 Admin
It was beautiful at Wrigley Field this past Sunday. With the Cubs coming down off the high of winning the National League Central Division, the... 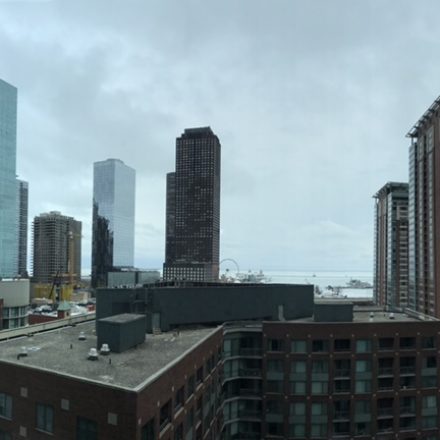 The Tour of Champions

January 17, 2017 Admin
I awoke from an easy slumber when I heard the pilot come over the intercom and announce the possibility of snow upon touchdown. My second time...