With its new advancements in electronic technology progressing every day, its rising demand and popularity in society, and its constant, continued use within that society, new online media devices have now become the biggest platform for viewing and streaming video content throughout the world.  With a variety of new media devices making online streaming of video content now easily accessible, viewable, and distributable for an array of different purposes, the way video content is viewed ultimately shifts across media platforms and continues to transform, merging into one medium predominantly forming digitally online.

To monitor, measure, and rate this new platform of video streaming content, its online activity, and its purpose for viewing and streaming, as well as viewer demographics, is heavily dependent upon Nielsen Ratings. The following paragraphs will explain in detail how each new media device in which viewing and streaming video content is most popularly and frequently used is making an impact on the media world, particularly on the television industry, how this impact is effecting both the media and television industries, how Nielsen Ratings is conducting its research as it changes and adapts to the new online media platform as it continues to develop, and how Nielsen and the media industry will respond to the new online media platform in the future.

Viewing streaming video content through the use of new media devices is making an effective impact on the online media platform, particularly in the area of television content streaming. According to the article “Time Warner Says Streaming Video Services are Stabilizing Their Industry” on the original video marketing guide Reel SEO webpage, more TV content is being licensed than film, since the TV model has always included syndication places. “It’s the merging of screens,” says author Christopher Rick. “TV and online are no longer at odds with each other.”

Television content streaming contributes its widespread popularity to new media devices that make it easy and accessible for viewing online. These new media include mobile devices, tablets, iPads, secondary PCs, video gaming systems, and home computers. With 53 percent of United States mobile phone owners subscribed to smartphones, in numbers, means 128 million people out of the United States total population of 312 million people own a smartphone enabling online capability (Sterling 2012). The possibility of this 53 percent of people owning one or more of another new media device is highly likely, making television content streaming more likely and frequently to occur and continue to occur because of the high volume of owners and users, especially if owners and users like the product and the results it yields. Two main reasons give way to and produce positive results as to why this new media works with users and consumers.

The main reason television content streaming popularity works derives from the fact that streaming TV shows from these media devices is fast and easy—so easy that about one-third of Americans have streamed a TV show on Netflix, Hulu, Vudu, Crackle, or another Net-based video service (Snider and Yu, 2012). Online streaming allowing for easy access and quick streaming capabilities grants viewers the luxury and power of streaming a show online and having the option to stop one show and start another in the matter of seconds, without having to wait, as opposed to watching a show on television at a certain time—time being the second main reason as to why this new platform works. Most owners of new media devices and users of online media streaming may not particularly have the time to watch the show in its allotted programming slot scheduled for television. With online TV content streaming online, consumers are able to watch shows whenever they want, allowing the consumer to have control and choose a time that is perfect for them to watch the show, usually the next day after it airs. Also, most online TV streaming allows for the user to skip ads after a period of 30 seconds, so the viewer will not have to wait for commercials, although this is currently changing.

This new age of television streaming content online effects both the media and TV industries in ways like never before. The New York Times article “Youths Are Watching, But Less Often On TV” states that research shows that young people are still watching the same shows, but they are streaming them on computers and phones, also stating that young people are always the first group to be doing other things and trying other things before the new market in which they explore turns into the norm. This research indicates TV shows dipping in ratings on television, although not necessarily online, creating a temporary confusion in the way shows are measured and rated. The article also states that this research is the first significant evidence to emerge in data, even though the situation has been long predicted that these new media would challenge traditional television viewing, and if the trend holds, the long-term implications for the media industry are huge, possibly causing billions of dollars in annual advertising spending to shift away from old-fashioned TV (Stelter 2012). Alas, programming and advertising on television could quite possibly take a hit in the old market, making television programming outdated, and if the trend continues, nearly extinct, pushing the TV, media, and advertising industries into the realm of online media completely. But then the next big tackle in this new online platform relies on Nielsen Ratings with creating an effective, efficient, and accurate way to measure the online TV content streaming activity in its entirety, looking into the future dominating market of TV content streaming and viewing.

Nielsen Ratings is already searching for answers to that future, lingering shift with its currently established online measurement system. According to Nielsen’s webpage, Nielsen’s comprehensive and innovative online measurement methodologies analyze consumer behavior and trends, advertising, effectiveness, brand advocacy, social media buzz, and more to provide a 360-degree view of how consumers engage with online media. So how does Nielsen do it? The article continues:

Nielsen’s hybrid audience measurement portfolio provides valuable insights used for buying and selling media. Our unique approach combines representative, people-based panels with tag-based measurement to deliver a holistic view of the digital universe and its audience. The result is a Total Internet Audience metric that offers a sophisticated approach to understanding consumer behavior and provides comprehensive digital media measurement across all devices and locations (“Online Measurement”).

By combining a probability sampling with depth provided by an online-recruited panel, Nielsen is able to currently provide a baseline for representative demography and online behavior (“Online Measurement”). But is Nielsen’s current way of analyzing online media activity enough to carry over and remain a forceful character in the big future of online media streaming activity?

One idea for improvement for Nielsen in the future is establishing set meters on the back of every consumer’s and user’s media devices, starting with computers, for a more accurate measurement and rating. With the influx of online streaming activity increasing every second and presently as high as it is, and with it continuing to grow and become more popular, Nielsen must ultimately make the decision to focus research on the new online media platform and cross over completely in the future in order to keep up with the constant flow of online streaming, leaving old-fashioned television behind in the past. But Nielsen isn’t the only company needing to make the crossover.

Conclusively, as technology advances and continues to advance, the brink of an exciting future with online media will continue to grow and expand on a widespread scale with the state of current new media devices and the inventions of future new media devices to come. With so many different outlets to stream video content online presently, online media has become the biggest platform used for online streaming of video content in the world, making content now easily accessible, viewable, and distributable for an array of different purposes to the majority of the current population. Because of its easy and fast functioning demeanor, combined with its luxury and power granted to consumers by its convenience and consumer-friendly usage, video streaming on media devices is becoming the way for viewing videos in the future, particularly in the area of television, and coincidentally leaving the old market of television behind. Nielson Ratings, combined with cable companies, video streaming services, and advertising and business companies will eventually need to succumb completely to the way video content is now viewed, as media ultimately shifts across media platforms and continues to transform, merging into one medium predominantly forming digitally online. Both the consumer and user are already one step ahead of these companies, continually and vigilantly practicing streaming online and patiently waiting for this to inevitably become the way of the future, as they wait for those still wary to eventually follow. 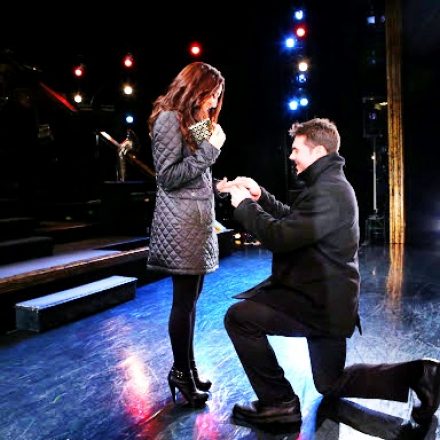 July 18, 2013 Admin
Abstract This research examines social media becoming the biggest platform for communication throughout the world and forever changing...